Cassidy Kerns
0
​Image Via steamcommunity.comThere are a lot of great games out there, but the truth is many of them are better played on a tablet than on a phone. Enter Mini Metro, the perfect game for playing on any device. Mini Metro has been designed to fit a phone and works beautifully no Read More

Cassidy Kerns
0
Playing games is one of the best ways to pass time while also enjoying it. You have probably played Blinkbat Games’ latest iOS release No Breaks Valet (costs only $), but faced hurdles in controlling the cars. In play store, you can purchase it at only $, and it has no in-app Read More

Cassidy Kerns
0
Introduction Yoshiru Kimura, a developer for Onion Games, has made many games throughout his career. Most of his games have, unfortunately, found little success. Historically, works such like Little King's Story and Chulip have not performed well. Little King's Story, though Read More

Cassidy Kerns
0
With over ten million downloads and climbing, War Wings is quickly becoming the most popular airplane combat game on iOS and Android. With incredible attention to detail to World War II aircraft and realistic physics and controls, players feel as though they are flying in the Read More

Cassidy Kerns
0
Yo-Kai Watch is a mixed-media franchise. It features role-playing games and physical toys. This series was developed by the studio known as Level-5. Level-5 is known for titles beyond Yo-Kai watch, however. Their best-known series is perhaps Professor Layton, which was a major Read More

Cassidy Kerns
0
Fans of the acclaimed Fable series will be happy to learn about Battlehand as many of the developers of Fable worked on it. With a complex collectible card system and intense RPG action, Battlehand will keep plays players on their toes, and demand perseverance from them to claim Read More

Cassidy Kerns
0
Mobile games are evolving and improving. Immersive content is now being created by inexperienced developers rather than solely being created by larger companies. This improvement in the quality of mobile content is due in part to advancements in technology, but there is a more Read More

Cassidy Kerns
0
Whether you're a first-time gamer or someone who has been gaming since the golden age, there's no denying that the industry has grown. The sheer number of games being produced in 2018 dwarfs each year prior, and it doesn't appear to be slowing down anytime soon. With so many Read More

Cassidy Kerns
0
We live in an increasingly mobile world. Many of us commute to work 25 minutes or longer, often by bus or train. How do millions of Americans stay entertained every day during their free time? By playing the most popular mobile games available.  The App Store adds Read More
12345 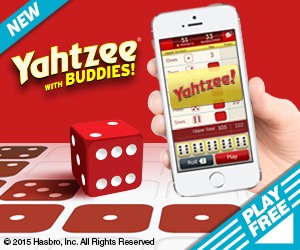 Man Spends Hundreds Playing Candy Crush. Sister Finds Out. And He LOSES It. 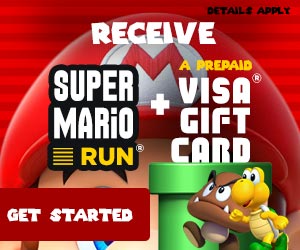